Fans in Malaysia,
Are invited to take a trip,
Into this thrilling Emmy winning drama series,
At an immersive Westworld experience event,
From 18-29 April...

Presented by HBO Asia,
In partnership with Astro,
The event will be held at Sunway Pyramid (Blue Concourse)
With numerous fun-filled activities for fans,
Including exciting Virtual Reality experience,
Brought directly from the U.S.
That would leave visitors wondering what's real and what's not...

The immersive Westworld experience event,
Also features a range of Westworld-themed activities,
Such as Shooting Gallery,
A Ring Toss Game,
Photobooth and more!~ 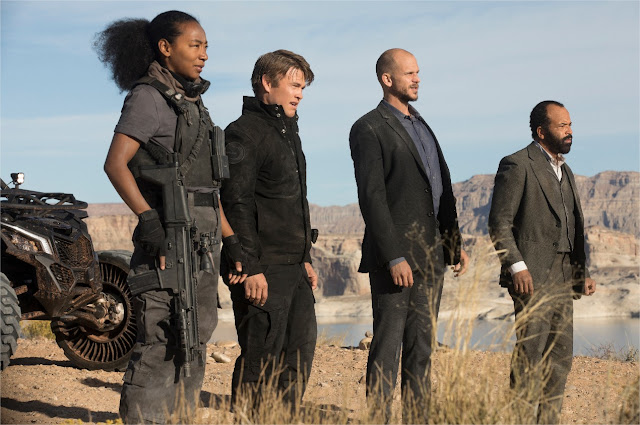 Westworld returns for its 10 episode second season,
On Monday April 23 at 9am on HBO,
With same day primetime encore at 10pm on HBO,
Or catch it on Astro Go and On Demand..

Catch 10 episodes of the critically acclaimed first season of Westworld,
Every Saturday night on HBO,
From March 24 to April 21,
Or on Astro Go and On Demand...

Take a peak into the Westworld Season 2 set,
With set decorator, Jules Ochipinti:
Westworld Virtual Reality experience,
Is open to all visitors from Monday to Thursday,
And exclusively to pre-registered Astro subscribers,
Form Friday to Sunday.
For more information,
Visit www.astro.com.my/astrocircle
*Only for adults aged 21 years and above
Posted by cre8tone at 9:56 PM

I've heard about this show a lot, but haven't watched it yet. I should. I'm pretty sure I'd like it. This sounds like a great experience!

I haven't watched this yet buy sure looks interesting.

I was obsessed with this show when it first came out! I'm so sad I can't experience this!

Now this sounds like an awesome experience for people who enjoy watching Westworld I've just been trying to catch up on season 1.

This looks interesting! I am sure I will get hooked and will love this show.

I think this event would be much enjoyed by fans! I love that they're going to give you a VR experience. That's definitely exciting!

Not really familiar with Westworld but the trailer is super exciting. I will surely watch it..

I haven't heard of this before,but the trailer looks great! I might have to give it a try!

I have never heard of this Westworld movie and it sounds pretty interesting. Will definitely check this out.

So excited for Westworld to return this month. Love this VR experience of it. I wish I could try it.

Have not heard much about this but it looks great!

I’ve never heard of this show before but it looks intriguing and something we would really enjoy to watch!

I haven’t heard of this show but I think the trailer seemed interesting. Maybe I’ll check it out when I have time

I haven't heard of this before! It sounds fantastic. I have to check this out! Thanks for sharing.

This sounds like a must see! Can't wait to check it out!