Sofia The First - Once Upon A Princess 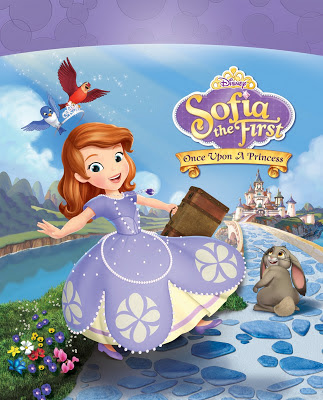 I always love Disney's show!~
My mei mei said,
Sofia The first is a show for princess,
But I said it's a show for everyone!~
Not only for girl.....

A "Sofia the First" television series will premier in July 2013.

I watched the premier on 19May at CH615,
And proof it myself that:
It's a great movie!
Doesn't matter you're a boy or girl,
You'll definitely enjoy the whole movie!
I'm going to catch it again,
Later at 1pm in CH613!~ 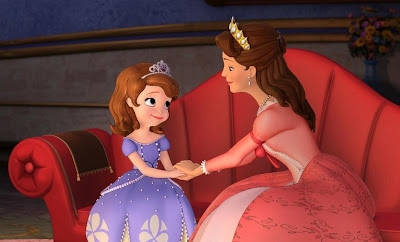 It's every little girl's dream,
To be a princess,
I have a little sister at home,
Who always wanted to be princess, too!~
But too bad,
Her mummy didn't marry the King...
So,
She can only be the princess of our house,
Instead of a real royal princess.........

Back to the storybook world of Enchancia,
Sofia, and average girl whose life suddenly transform,
When her mother marries the king,
And she became a princess, Sofia The First... 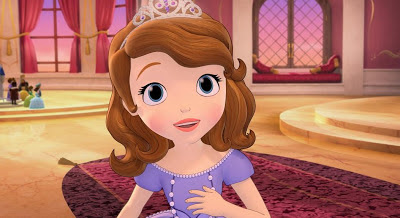 Sofia must learn to navigate,
The extraordinary life of royalty,
While holding on to her own hopes and dreams. 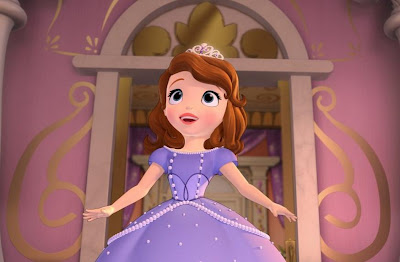 Her journey to being the best she can be,
Also paves the way for those around her,
To realize how special they each are. 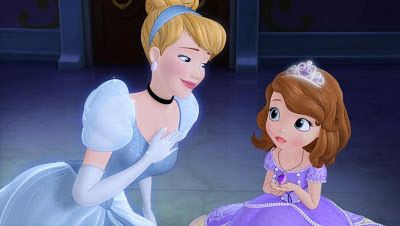 Disney's Cinderella,
Makes an appearance in the movie,
To offer Sofia some words of wisdom
– princess to princess.

Really love the song 'True Sisters'...
And I'm really glad I have a true sister at home, too!~ 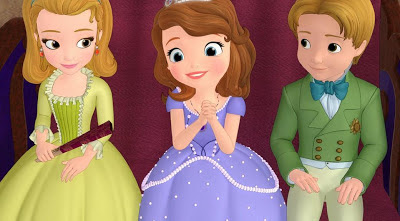 Sofia's royal adventure begins,
As she prepares to move into the castle with her mom,
Starting a new family with her step-father, King Roland II,
And step-siblings, Amber and James.

I'd really love to have Sofia the First's purple amulet:
Magic Amulet of Avalor...
Yes, the one you saw her wearing in the movie....
As a gift to my true sister,
Who's being so nice to me.....
Giving her the power to talk to the cute little creatures!~ 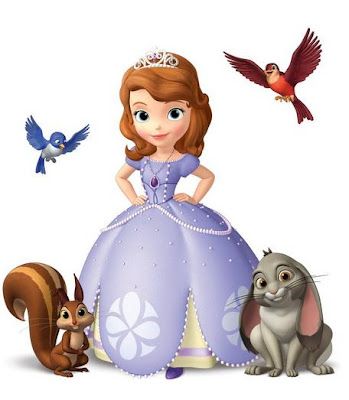 Helping Sofia in her journey are
The three headmistresses of Royal Prep Academy
- Fauna, Flora and Merryweather (the fairies in Disney's classic "Sleeping Beauty")
And royal steward, Baileywick,
As well as a group of cute woodland creatures led by a wise-talking rabbit, Clover.

Sofia soon discovers that
Looking like a princess isn't all that difficult,
But displaying honesty, loyalty, courage,
Independence, compassion and grace
Is what makes one truly royal.

After all,
My little sister could be one truly royal anyway...
When she's displaying all the positive attitude towards life!~
Cool!~
We will be having a true princess at home!~

If you're asking....
Which part of the movie we love the best..
I'd be the ending part...
Where the whole family are dancing together.....
Gracefully~~~~~~
I always love happy ending.....
But I wonder why Cinderella left without saying goodbye...
:p 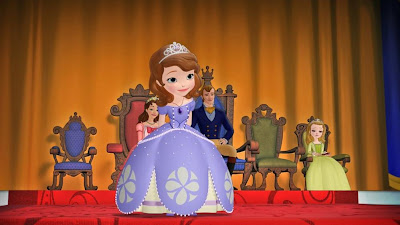 Created for kids and their families,
The stories of "Sofia the First"
Communicate positive messages
And life lessons that are applicable to young children.
While she lives in a captivating world of castles,
Wizards and flying horses,
Sofia remains a relatable peer-to-peer princess
Who is experiencing many of the same social situations
As young viewers at home including learning how to fit in,
making new friends,
And mastering new skills.

Alongside the debut of "Sofia the First: Once Upon A Princess",
Disney Channel and Disney Junior
Will launch the DisneyChannel-asia.com
And DisneyJunior-Asia.com/Sofia website,
featuring a fully immersive royal experience.
Kids can get creative,
Creating and personalizing their own prince or princess avatars
With the Royal Me game,
Dressing up Sofia’s room
Or just having fun with the many activity pages and videos available on the site.

Craig Gerber ("Pixie Hollow Games") developed the movie
And serves as co-executive producer and story editor.
Jamie Mitchell ("Special Agent Oso") is executive producer and director.
John Kavanaugh ("Winnie The Pooh: Springtime with Roo") serves as songwriter/music director
And Kevin Kliesch ("Tangled Ever After") is the composer.
"Sofia the First: Once Upon A Princess" is a production of Disney Television Animation.

I have no Astro..