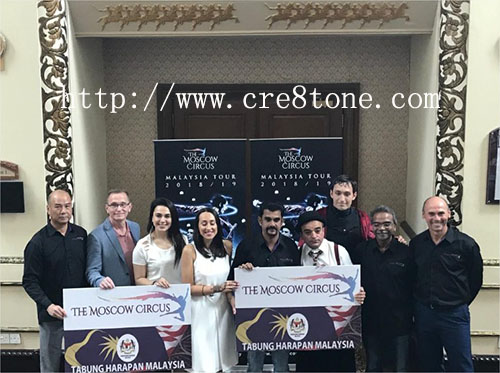 The world famous tradition of Russian Circus,
Will make its way to Malaysia,
In a sensational 8-month nationwide tour,
Featuring a variety of dazzling and jaw dropping circus acts...

The Moscow Circus,
Commencing the first show,
From 10 August to 2 September 2018,
At Padang Timur, Petaling Jaya;
Moving up north to Queensbay Mall, Penang,
On 13 - 30 September 2018,
As well as Auto City, Prai,
On 5 to 21 October;
Followed by other locations including...
Malacca, Kuala Lumpur, Johor Bahru,
Batu Pahat, Ipoh, Kuantan and Kuantan..
Running all the way until 31 March 2019.. 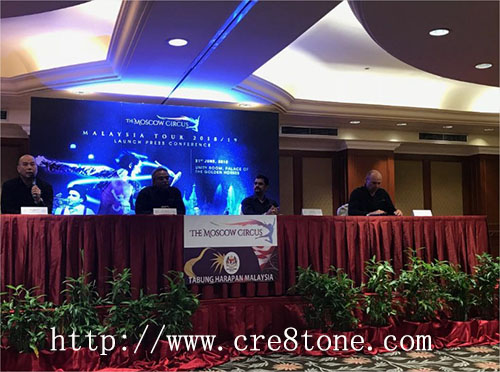 The special edition tour,
Known as The Moscow Circus Tour of Malaysia 2018/19,
Is the brainchild of Executive Producers,
Dato' Sri G Radakrishnan and Yahna SG,
Together with Producers,
Kenneth Lee and Mr Victor Pilipovic..


The whole performance,
Will take place under a 2,700 seater,
Fully air-conditioned circus Big Top,
Which will be t he largest circus tent,
To ever exist in Malaysia! 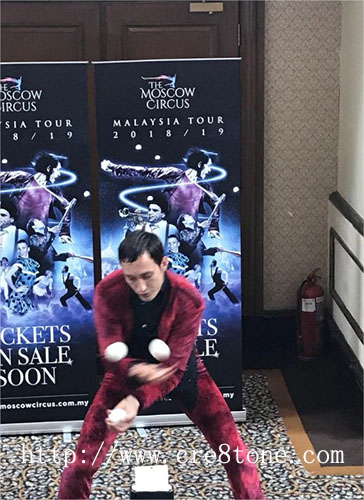 Introducing...
Master Juggler,
The incredible Semen Krachinov,
One of the most sought-after jugglers,
In Russia...
Semen Krachinov's skills with balls and clubs,
Are second to none.
Can guarantee, you'll be caught..
Between trying to keep up with his act,
And admiring his dashing good looks! 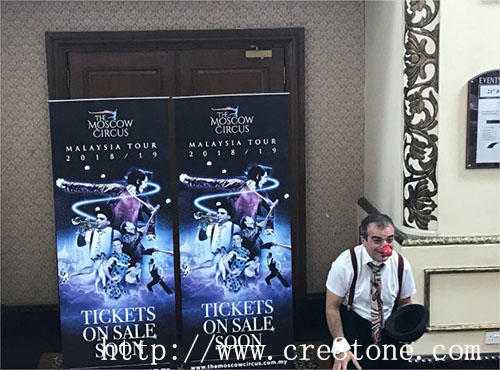 The Moscow Circus Clown:
Armen Asiryants..
Clowning superstar,
Whom is one of the best in Europe today,
Is the constant feature throughout the entire program..
Kids will love his hilarious act!~ 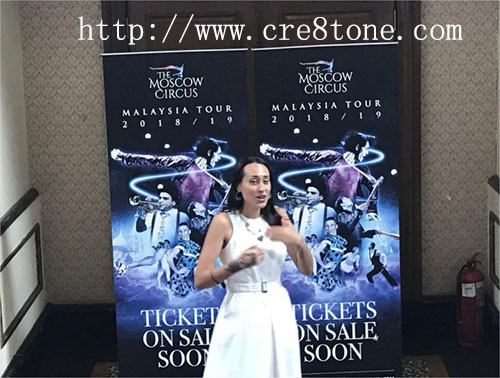 Tickets can be purchased,
At very affordable price,
From as low as RM50,
Until up to RM280,
For top tier tickets...

Visit http://www.themoscowcircus.com.my
For more information,
And grab your tickets NOW!

Looking at this brings back the memory the circus shows i used to go with family back in hometown many many years ago. Looking forward to this one :)

Wah so interesting!!! I wanna watch this too.... Ticket price seemed good price too!!!

Can not wait to go look at Circus's offerings from Moscow. We really love magic and also the circus is interesting and excited hehehe....

Interested with master jugle action. Hope they come ipoh for the show too. I like the circus show & clown show

Wah! Kids must be happy to watch this Moscow Circus. Unluckily, we are staying at Terengganu, nearest place will be held in Kuantan. A bit far to go..

Wahhh, the price for the ticket is not bad. I wish i can attend this kind of shows.

Interesting, can't wait to see this for myself but need more details for pricing.

Wow..the ticket not too expensive and my kids will sure enjoy the show so much

Affordable circus tickets price. Will bring along my kids to have a fantastic circus show! Thank you!